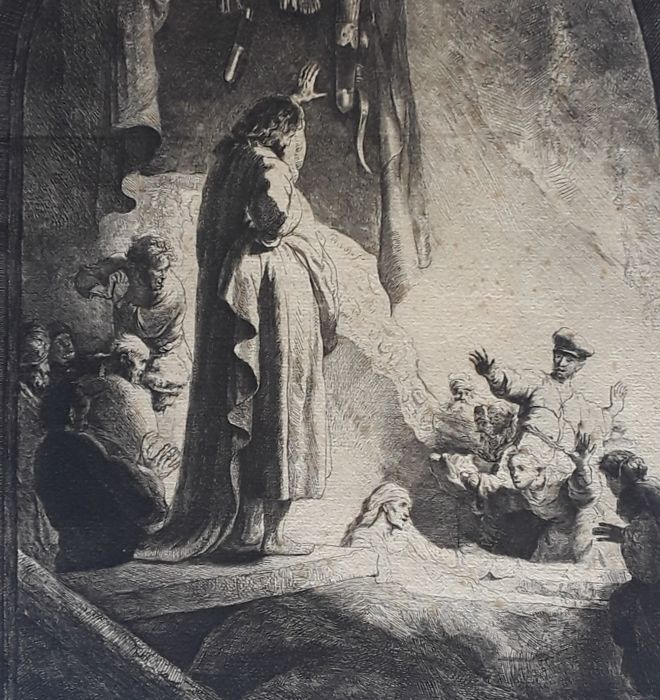 If the death was the death of an unbeliever, Jesus was not encouraging. In fact, he warned men against dying in this state.

For in the teaching of the Bible death is separation, and the death of an unbe- liever is a separation of the soul and the spirit from God. God is light. So a separation from God in death means darkness. God is the source of all good gifts. Death means a deprivation of those gifts. It is this dimension, not suf- fering alone, that makes death the fearful thing it is for unbelievers.

On the other hand, Jesus was most encouraging about the death of believ- ers. In fact, he was as encouraging on this aspect of the question as he was discouraging on the other. Here he spoke of entering into Abraham’s bosom, or paradise (Luke 16:22; 23:43). He spoke of a land filled with many man- sions, which he was going to prepare for those who followed him (John 14:2).

“Lazarus is dead, and I am glad.” We find ourselves asking, “How can Jesus be glad? How can death possibly be a cause for rejoicing?”

There are several answers to this question, and they are all in the passage. First, Jesus was glad at Lazarus’s death because Lazarus was a believer and he understood what the death of a believer was. It was not to be feared. It was a homecoming. In these verses he terms it a “sleep,” which it is, and implies that not only is it not to be feared but rather that it is to be regarded as some- thing beneficial.

We understand this better when we begin to reflect on sleep itself and of the good that comes from it. Notice first that sleep is harmless. So also is death for the believer. David knew this. He wrote in the Twenty-third Psalm, “Yea, though I walk through the valley of the shadow of death, I will fear no evil” (v. 4). Or again, Paul wrote, “The sting of death is sin, and the power of sin is the law. But thanks be to God! He gives us the victory through Jesus Christ” (1 Cor. 15:56–57).

For us death is indeed a shadow. But it is a shadow only because the grim reality of death with all its horTor laid hold of our shepherd. Is death separa- tion, separation from God? This is what Jesus bore for those who are his sheep. He was separated from the Father. He cried out, “My God, my God, why have you forsaken me?” He was separated so that for us death might be a shadow.

We may note that sleep is restful. It is a relief from the work of the day. The Book of Ecclesiastes notes that “the sleep of a laborer is sweet” (Eccl. 5:12). The disciples said of Lazarus, “Lord, if he sleeps, he will get better” (v. 12). It is the same with death. Thus, in Revelation we read, “Blessed are the dead who die in the Lord from now on. ‘Yes,’ says the Spirit, ‘they will rest from their labor, for their deeds will follow them” (14:13).

Let me say that I do not believe this means that there will be nothing to do in heaven. In fact, I believe that the opposite will be the case. I believe that the life of heaven will be filled with activity; for God is active himself-he is the Creator after all-and we shall be like him. Heaven will not be restful in the sense that there will be no work to do. But it will be restful in the sense that what we do will be done without toil; that is, without the strain, labor, and sorrow that work involves in this life because of sin’s curse.

There is one more thing about the resemblance between death and sleep. Sleep is temporary. That is, we sleep to rise again. In the same way, death is temporary. We die, but we do so in order to rise to a world prepared for us by our heavenly Father. Moreover, on the spiritual level death is so temporary that it can hardly be described by time-words at all. How long is death? It has no duration. It is a passage rather, a passage from this world to the next. It is a doorway. Thus, to be absent from the body is “to be at home with the Lord” (2 Cor. 5:8).

There was a second reason why Jesus could say that he was glad, however. Jesus was glad because he knew that he was going to raise Lazarus from the dead.

Death could not exist in the presence of Jesus. There is no indication any- where in Scripture that Jesus ever met a dead person and failed to raise him. On one occasion, when he was passing the little village of Nain, in Galilee, he met a funeral procession coming out of the city. A man had died, the only son of a widow. Jesus went to the bier, touched the dead man, and restored him to life. On another occasion, Jesus raised the daughter of a certain ruler of the synagogue, named Jairus. Here it is Lazarus who is raised. Jesus never met a funeral that he did not stop. In fact, I would be willing to state that he never came across an illness of any kind without making the situation right. So he was always glad. As here, he could rejoice at the outcome.

Also note this, only he can do it. No one else can. if the person is dead, then the doctors are useless. Only the voice of the divine Christ can call forth life in resurrection.

If only Jesus can call forth the dead, do you know the voice that will call them? Not everyone knows Christ’s voice.Jesus said of many of his day, “You cannot hear my word” (John 8:43). He said that only those could hear who had been given to him by the Father. Only his sheep could respond (John 10:27). Are you one of his sheep? Have you been given to Christ by the Father? If you cannot answer that question with a firm yes, perhaps you should put yourself in a place where, by the grace of God, you may hear Christ’s voice even now.

The last point can be applied to you who are Christians by asking whether the resurrection that Jesus has performed in you has had that effect on other persons. Has your resurrection helped others to find Jesus?

We must remember at this point that while all the miracles recorded are true, nevertheless these are recorded (rather than others) bccause these miracles are superb illustrations of salvation. Thus, the impotent man is a picture of each of us before we are restored spiritually. We are helpless, unable to move, unable to take even the first step toward Jesus. The man born blind is another example. He was unable to see Jesus. If Jesus had told the man to seek him and that he would then help him, the man could not have done it. Yet Jesus saved him. In the same way, the story of Lazarus is included to show what it means to be “dead in trespasses and sins” and why it is neces- sary that the voice of Christ sound forth to rouse us from this spiritual slumber. We will not awaken spiritually unless Christ calls. But when he calls we do awaken. This is our experience if we are a believer in the Lord Jesus Christ. And so the question holds: Have our resurrection helped others to find Jesus?

If we are a Christian. We have been dead spiritually. We have been made alive in Jesus. Well, then, can others see it? That is one way in which Jesus would like to express joy in our death and resurrection.